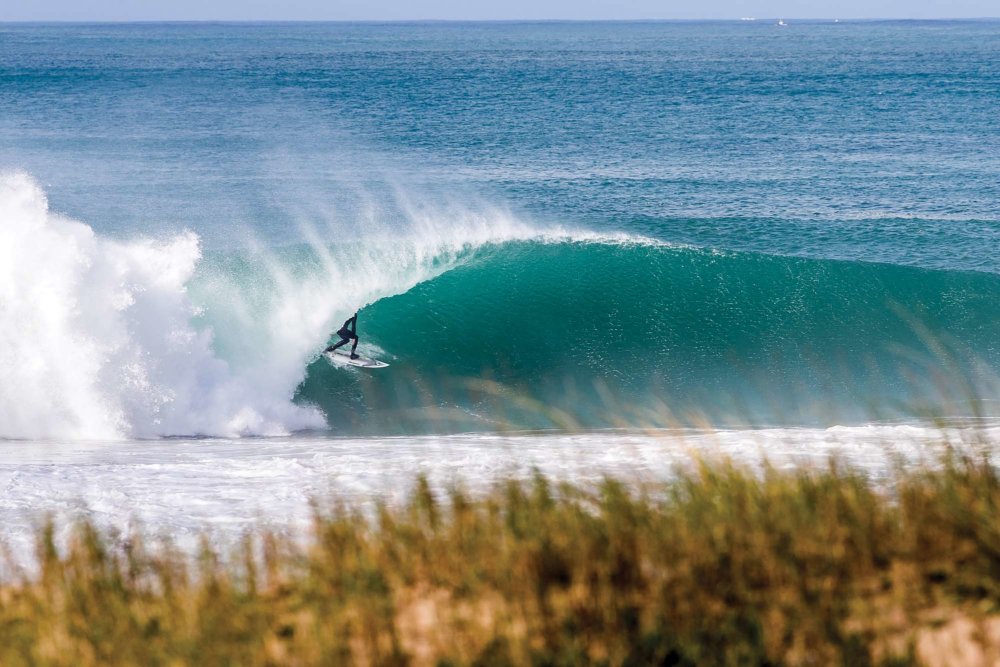 Editor’s Note: Weed Maps is a relatively new thing. But the way they’re supporting surfing and skating is pretty refreshing. Getting crews like this together to run through Europe. And documenting it all so well. Something we can definitely get behind. Read our story form Issue 19 here (since the mag is sold out, except at Barnes and Noble) we’ll show ya the story. Then check back Monday for the video of this journey with Bruce, Asher and Balaram. You’ll have your trip to Europe booked before it’s over. —Travis

Bruce’s slam began at the airport. That’s where he first connected with the crew of skaters joining this journey. Bruce marveled at the way they attacked the curbs, handrails and marble tiles of the airport before they’d even acquired a rental car. “The way they look at the world is so different from surfers,” he says. “But also kinda the same.”

That’s what this trip was about. Like minds connecting. Surfers and skaters inspiring each other. Bruce got amped. The Kauai-born Pipe Master had done previous surf/skate trips with this WeedMaps crew, so he knew this program was destined to be good fun..

This is in Lisbon, by the way. An old-world Portuguese city with cobbled streets and twisted canals. The crew consists of seven or eight surfers and skaters (depending how you count ‘em) assembled for a classic European road trip to the Spannabis Cup.

What’s Spannabis, you say? It’s a European weed festival, modeled upon the long-running Cannabis Cup. In this enlightened dawn of marijuana pride, weed is out of the closet and chilling alongside fine wines and home brews in our stable of casual consumables. It’s also taken on a medicinal role for the types who’s bodies generally end up slamming in skate bowls or inside massive caves like the ones we found in Portugal. Weed’s got a whole new vibe.

And we’re in. Any excuse for a road trip, really.

So Bruce grabs a skateboard and starts carving the bowl with the pro skaters. He’s got flow, style and confidence…and then SLAM, he doesn’t. His bones are broken. Brains splattered in the bowl…oozing slowly down into the gutter. No wait, nevermind, he’s up. He’s okay. He’s laughing it off. Sick, he’s gonna live.

Either way, we should get to the beach.

“It’s wasn’t a concussion,” says Bruce, “but it was definitely déjà vu.”

The swell is pumping. It’s off-season for the spot, but those things don’t matter now that the apocalypse is near. It seems like this happens all the time. Bruce is joined by Australian country-soul man Asher Pacey and thoughtful East Coast hooligan Balaram Stack. Including the skaters, no one on this trip has ever traveled together. But that’s hardly the point. The point is Road Trip. The point is Europe. The point is Spannabis.

The first six-hour drive evaporates away like time. Supertubos is fist-slamming 8-foot kegs a few feet from beach towels. Balaram is right at home in the cold, thundering beachies. Just like home. But cranked way up.

Irons grumbles a bit about pulling all the rubber on, plowing through the pack of boogie boards and trying to echo-locate one of the big shifting peaks. “The whole time it just felt like everything was like one molecule off out there,” he says. Still — and, of course — he manages to claim the biggest bomb of the trip, and spends plenty of time hooting the boys into other ones.

“I grew up watching vidoes of Bruce surf,” says Balaram, “so seeing it all from the water was pretty crazy. It looked just the same, but it was, like, real life.”

Dane Reynolds and Craig Anderson appear in the lineup. But Bruce isn’t phased at all. “This is what we do,” he says. “I’m never surprised to see my friends in the lineup on the other side of the world. The waves are pumping. They’re here. Makes sense.”

Asher Pacey is also feeling a molecule’s separation from the Supertubos’ mercurial magic. He’s a gentle soul, spending most of his days in remote regions tuning his twin-fin game. He’s never been to Europe and big cities freak him out, so he’s still just finding his bearings here. Heavy tubes. New spot. Boogie boards buzzing around. “I always try to ease my way into a new lineup,” he says. “And then I end up regretting it.”

For three days, Supertubos does its thing. But it still feels too soon when the time comes to pack it in. “We knew we were driving away from the best waves we were gonna see on this trip,” says Asher, “but sometimes you gotta just let go and enjoy the ride.”

San Sebastian beckons. And a road trip isn’t a road trip unless you spend a significant amount of time on it. Together, like-minds, tripping the planet.

The 420 kilometers between Peniche (Portugal) and San Sebastian (Spain) trims through high mountain passes and green valleys. It’s beautiful beyond words, especially with the music cranked up, salt residue on your eyelids and a fragrant wind in your hair.

Local law requires all bus drivers stop and chill every two hours, so there’s that as well. Stops. Middle of between nowhere stops. Wandering around strange trucker depots stops. And sometimes you gotta keep your eyes on Bruce.

“Bruce is kinda on his own program,” says Balaram. “One minute he’s there, the next he’s just gone. No idea where. He disappeared at one of those truck stops, I think, but then he reappeared at the next. You don’t worry about him. You just wonder.”

“I got a haircut,” says Bruce. “I was wondering around the truck stop and saw this barber, so I said, why not. But man, yeah, the times Nate (Howley) and I got lost with no phone battery and wrong directions could pretty much be a movie of their own.”

They arrive at Gustavo’s house at midnight. The skaters are there hanging out. Local host Gustavo comes bounding out to greet them, unload their bags, make sure everyone has food, beer, and a bed. Whatever they need. He’s the host with the most. And we inherent yet another great friend to our never-ending world wander.

Gustavo’s backyard is his pride and joy. Gorgeous views of the Spanish countryside. Goats and chickens in the barns. And this big wooden skate bowl he built with his own two hands overlooking the valley. He built it for his kids, but now it’s being blessed by pro skaters like Braydon Szafranski, Marius Syvanen and Boo Johnson.

The skaters rip the bowl for the entire next day while the surfers go in search of surf. The waves are low, but the vibe is high. Everyone’s excited to be reunitied around the bowl and watch the skaters jam. Gustavo, an enthusiastic chef, lays out a decadent BBQ spread and the Spanish cider flows like fun.

No one was really quite sure if France was actually on the itinerary, but they went there anyway. Strike mission. Country hopping. Such is the bounty of Europe’s golden armpit, where three great cultures clink coastlines in an uneasy cheers. If Hossegor is near, you must make it there.

So with the skaters carving the streets of Gijon, the surfers set out to soak their gills.

The swell had mellowed. Hossegor proves more fun than firing, but it was good to get wet. Locals are amping, it must be on.

No wine. No cheese. No crossiants. Just surfing over sand. Than back to the bowl. Hossegor, Europe’s surfing oasis, always there when you need to quench your thirst.

As far as surf destinations go, Barcelona ranks pretty low. But with concrete art-structures to everywhere, the skaters are pretty much heading to the Mentawais. Their enthusiasm is infectious. The crews are meshing. Shared stories and so much in common beyond the board.

The drive, again, is glorious. The house at the end of the road is a big, double-decker mansionette with a couple cottage sidecars. The skate crew heads straight out to find some art to shred and the surfers follow.

“We ended up at The Waves,” says Balaram, “which I know from this skate video I used to watch all the time. I was like, I gotta try something here.”

“Balaram’s a good skater,” says Bruce, “for a surfer.”

“The first attempt he made to ollie the fence outside the wave was sick. He got really close to landing it. But then he kept trying and trying and… I didn’t want to say anything, but I kinda saw what was coming.”

Thirteen attempts into his Wave fence ollie program, Balaram finally gets what he’s after. An ankle the size of a grapefruit.

“Skaters are freakin’ gnarly,” says Bruce. “With surfing, you just never know what you’re gonna get. But skaters know exactly what they’re after. And they go after it until they get it or they get hurt. I could watch that shit all day.”

Balaram realized he should probably visit a hospital about his ballooning ankle situation.

Weed festivals are new. And popping up everywhere. Like fine wine and home brew, the stigma is vaporizing. The Spannabis Cup runs for three days and host around 10,000 visitors. It’s kinda like a trade show, but a lot more welcoming. There are booths and and seeds and vape pens and CBDs and information on various ways to implement weed into your daily routine, or post-concrete bowl slam. Because recovery is weed’s most innovative feature.

This is new territory. Beyond Portugal, France, Spain and the US, where mary jane’s multitude of practical applications are discussed rationally and logically. And maybe that’s all a bit heady after a week of chasing waves and ledges, but the world is changing, and while most places you look are falling apart, there are still some things opening up for the better.

After wandering the grounds for a few hours, Bruce was especially philosophical about the event. “I don’t even smoke weed,” he says, “but there are so many great medical aspects to it that once people chill out on the whole Spicoli stigma, it’s something that’s going to save and improve a lot of lives.” —Nathan Myers 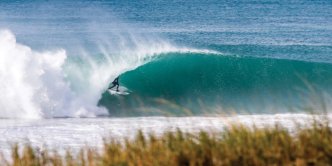 Editor’s Note: Weed Maps is a relatively new thing. But the way they’re supporting surfing and skating is pretty refreshing.... 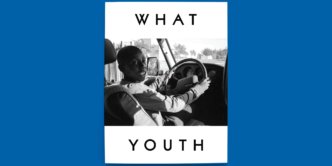 Making magazines is quite the endeavor. A lot of tiny pieces and fragments and words and photos come together to... 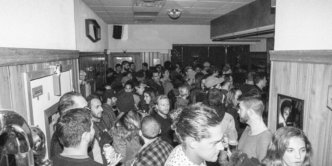 Issue 19 NYC Release party We packed The Flower Shop to celebrate the release of Issue 19 in NY. Presented by Independent

No one does it quite like you New York. And never will. Last week we flew out to New York to... 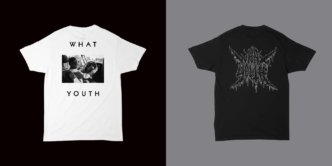 Today we’re releasing two new Limited Edition tees. One featuring the original artwork of artist Mark Riddick. And the other... 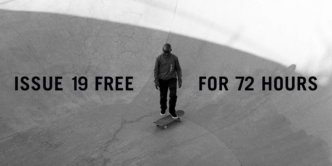 What Youth Issue 19: Tonight at Midnight Free for the first 72 hours (while supplies last)

OK guys, here is the deal for the new issue: What Youth Issue 19 is out tonight at midnight (PST), and... 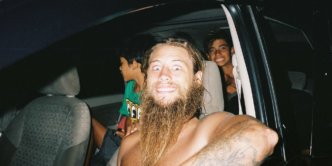 We go through a lot of photos to make each issue, like a loooot of photos. The caliber of shots...