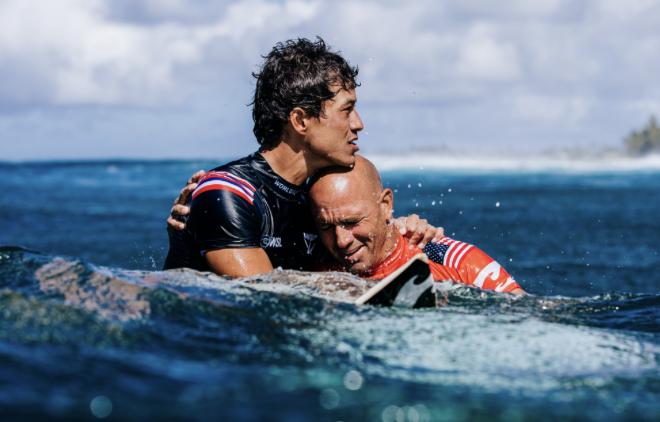 If perhaps you are unaware, the Billabong Pipe comp was completed over the last week or so. In an attempt to package a summation of the event, it’s actually hard to know where to start given the myriad of sub-plots.

Let’s start with the surf.

It was freakin’ bombing for about 90% of the event with mostly good winds and excellent swell direction.

Finals day for the men was a legit 8′-10′. For the women, the following day, a touch smaller but still solid Pipe by any measure.

Of course, the women’s portion of the event garnered a lot of attention. Yes, they’ve had a few heats here before, but this was going to be the first full WSL event held at Pipe for professional women. They did catch a break in the first few rounds and were able to work into the joint a bit in reasonable 4′-6′ conditions. But that changed damn quick and there were some women’s heats held in absolutely macking 10′ barrels.

On a weird side note, Steph Gilmore reportedly caught COVID prior to the event and had to enter into the required protocols, which then forced her to withdraw. The rumor mill had it that the WSL brass was considering holding the start for a day or two to allow her to clear the protocols. They didn’t.

Tough break for Steph but rules are rules.

By the blast of the final hooter on Sunday, one thing was crystal clear: local girl and Pipe specialist Moana Jones-Wong was the most competent female surfer in the water for the whole event.

By quite a ways.

The men’s event was simply spectacular.

Kelly came out swinging early and when John went down to Josh in the quarters, suddenly Mr. 50 had a very clear path that had everyone wondering, “what, again?”

It wasn’t a cake walk however.

Wildcard Barron Mamiya had Kelly hunting a 7 something in the dying seconds of their round of 16 heat and, of course, Kelly delivered with a late drop, buzzer-beating Pipe drainer that easily overcame the required number.

Once again, because it can’t be said enough, the waves were absolutely cracking. Huge but not necessarily ‘not drop of water out of place’ perfect, it was as tough of a test in surfing ability, experience and straight up balls as there will ever be on any tour.

Kelly, Seth, and Barron quickly elevated. Caio, Miguel, and Sammy Pupo were also standouts albeit not on the same level as the aforementioned. Kelly, especially, was in prime form, finding absolute gems in the chaos.

A WSL pro was overheard muttering “Kelly sees waves at Backdoor that no one else even looks at.”

The final had an aura of the surreal. Suddenly Seth couldn’t find a complete ride while waves were coming to Kelly as if he was dialing them in on command. One had the sense that it was over before it started and Kelly finished the day with a 9.00 and a 9.77. He threw away an 8.17.

If not, pretty damn close.

The Carving Three It’s time to bring it back

Watch: “Kelly on the North Shore” Content collab with NobodySurf

Watch “No Cigar” A Fly on the Wall with Julian Wilson

The Flounders’ Cup Are the Judges Going to Blow It?

“Where ya been?” A little update on our recent movements

What A Weird Feeling Or, how I learned to stop complaining and love the Volcom Pipe Pro

The Volcom Pipe Pro Wasn’t Terrible Yesterday And that’s coming from us.

Outside the Comfort Zone San Francisco to Florida to the North Shore to “The Other Guys.”

Would you rather: Lowers or a Pool? The WSL released its 2018 schedule of events and it’s missing Fiji and Lowers but has a pool

I’ll never surf the wave pool Even if Kelly Slater invites me, no strings attached, I will very politely decline. Here’s why:

Conversation With: Thomas Campbell On his new surf film, creating in the modern climate and casting his dream lineup of surfers

Watch the Trailer for “Proximity” A new film from Taylor Steele (Wow, it’s nice to write that)